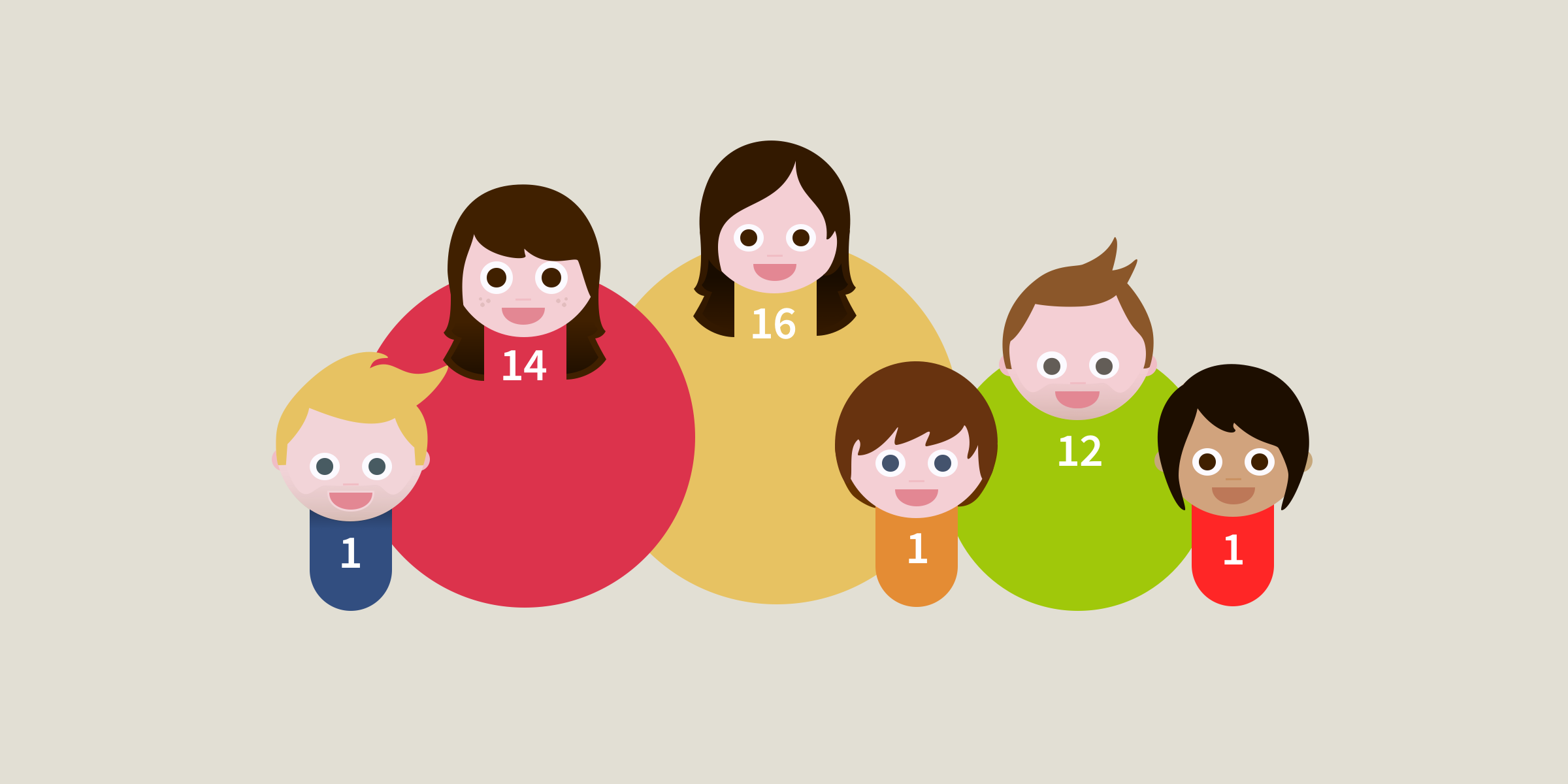 This is the story of a project called ‘riPidrate’. In this thought piece we explain how Mario, Raspberry Pi and Near Field Communication helped the team in the ribot Studio to drink more water. The project has proven to be a valuable component of our studio life. We tracked our water drinking habits by making our water jug speak to our water cups…

Back in April 2013, I was struck by the thought that I was failing terribly at drinking enough water. After conducting a quick verbal survey in the studio, I realised that a lot of people were feeling the same. They often had their heads down, focussed on trying to solve the world’s problems through a creative mix of design and technology. It dawned on me that some people were not drinking any water at all, for days at a time (I’m looking at you, Antony!).

Water is vital for keeping our body functioning well. Our bodies are between 50–70% water and we’re constantly losing it, so it needs to be replaced. Drinking enough is vital to maintain good health for the prevention of constipation, kidney stones and urinary tract infections. If you don’t consume enough water, you’ll become dehydrated. Side effects include tiredness, poor concentration, headaches and dizziness. It has been suggested that an average adult should drink as much as 2 litres of fluid a day, but we can get fluid from many places, including from food. We can also get fluid from fizzy drinks, tea and coffee, but they can also contain sugar and/or caffeine. The best recommended way to get good healthy fluid is by simply drinking water.

The opportunity to work on this arose out of a ribot Day. This is a two-day internal event that we run here at ribot to improve the way that we work and experiment with new concepts.

Initially, I thought It would be helpful to keep track of how much water we drink and to see this visually every day. Water tracking apps exist already and I didn’t want to create another mobile app. Especially an app that required me to remember to track water consumption by opening my phone, finding the app and following the appropriate steps to record that cup of water. I wanted something that would fit into my natural behaviour, that would just track it for me. I didn’t want to do anything extra. I also wanted to avoid creating annoying notifications e.g. “Have you drunk water today Tara?”

So I decided to explore how I could use my physical environment to encourage water consumption. How might I use digital in a more physical way?

I’ve also been really inspired by the Internet of Things movement. Sensors, mini-computers like the Arduino and relevant interfaces. I knew this would be how I could do it!

First, I conducted a short ethnographic study on drinking behaviours and habits in the studio. We had communal water jugs and cups in the studio that got refilled and drank every day (slowly) or people also drank bottled water at their desks. I liked the consistency and community spirit of the water jugs. I also liked the idea of encouraging people to get up from their desks and I decided to use that as an ‘Internet of Things’ led idea.

I approached Luis to be my buddy (back then a developer and experimenter extraordinaire… someone crazy enough to think this could work). I asked him, “What if the jug could talk to my cup?”. Luis’s eyes light up, he gets this look in his eyes when he’s challenged with something a little… risky. One of the many reasons I enjoy working with him.

This is what we put together in just 2 days…

For the jug, we used:

For the cups, we used:

We quickly learned that we had to remove the Raspberry Pi and battery from the jug (that happened on day one). The vision of pouring water into the cup and tracking it in one movement wasn’t possible (unless the technology was completely integrated into the jug). So, instead we created a water station.

You take your NFC cup and walk to the water station. This is a very physical action for a person to make, an action that everyone else can see. This is a physical nudge.

You then fill your cup with water from the jug and scan it against the Raspberry Pi connected NFC reader. Doing this would cause two things to happen:

The sound we used was the Super Mario Bros coin sound - which in itself is associated with winning. A stroke of genius from Luis. This is an audio nudge. As it happens in the background it doesn’t require someone to be looking at a screen to know that someone has filled up a cup.

As you scan, your avatar grows. This visual nudge confirms that your cup has been logged. This is also a place to see at any point in the day how well you and everyone else in the team are doing.

We ran the experiment for about 2 years before we moved studio. At this point we have a collection of high-level learnings (which we’ll go into more depth in a future post). To summarise at a high level:

The nudges seem to work well, they are not too pushy or disruptive. On the days when one of these wasn’t working, people drank less. The audio feedback and dashboard are probably the most important elements of riPidrate. Without them, people just stop drinking water.

2. People tend not to drink too much

There was a lot of discussion around water and health, there was some concern that adding a competitive element might mean that people would drink too much water and make themselves sick. We found that it is very hard to over drink, but drink too much and you start to feel a little weird.

3. Competition is good, but not essential

When you put people next to each other, there’s naturally going to be a competitive element. The competition definitely made things fun some days. Joe managed 28 glasses (3.5L) in just one day! However, I’m looking to improve water drinking every day, not just on those days we’re particularly competitive. In general, the subtle nudges in the background seem to work nicely as a reminder for people to drink water.

Personally, by being reminded and encouraged to drink more water in the studio, it’s made me conscious of the water I drink outside of the working environment too. (Although I’m still not drinking as much as I am in the studio.) I have definitely formed better habits. I’m now more likely to reach out for water subconsciously. In fact, I’m so used to water now, I barely drink any fizzy drinks. The experiment has changed my behaviour and helped me to create a new healthy habit.

Two years later and there’s so much opportunity to learn and improve, but riPidrate has definitely found a home and a permanent place in our hearts.

Since then, we’ve had a few different additions to the riPidrate prototype. The team have built a web app, mobile apps (Android and iOS) and most recently an Apple Watch app. They’ve also designed and built various dashboard concepts around riPidrate, which we look forward to telling you about in the not too distant future. We even created a ‘naughty’ version of riPidrate for our ribot Christmas party. Water was replaced with alcohol. I didn’t win that game…

My personal next steps would be to run a few more tests to learn about people’s behaviour around riPidrate. I would also like to explore some further concepts to see how we can encourage more healthy habits. Here’s my short list:

The team agreed that riPidrate encouraged their water consumption. During the period of using it, most of the team reached the target of a full 8 cups of water daily.

By applying IOT technology (Raspberry Pi, NFC and sensors) with web-services and visual dashboards, we could integrate the technology into a behaviour our team were already familiar with, utilising the water jug and cups.

Adding subtle nudges and cues via sounds, visual representation and physical acts encouraged the consumption of water in a fun way, so that the team were reminded and encouraged to drink water.

From this simple initial test, we explored how best to apply Internet of Things technology to encourage healthy behaviour and habits. As well as to continue to use and test this in the studio, this has a much wider implication. We can apply these learnings to client work when looking to implement behavioural change via physical and digital experiences. We’ll continue to design and use visual, physical and audio nudges appropriately to encourage positive behaviour. Want to find out more about design sprints and prototyping?

If you liked this, you may also like our post on Building a restaurant experience that people love.