Shutting down and opening up 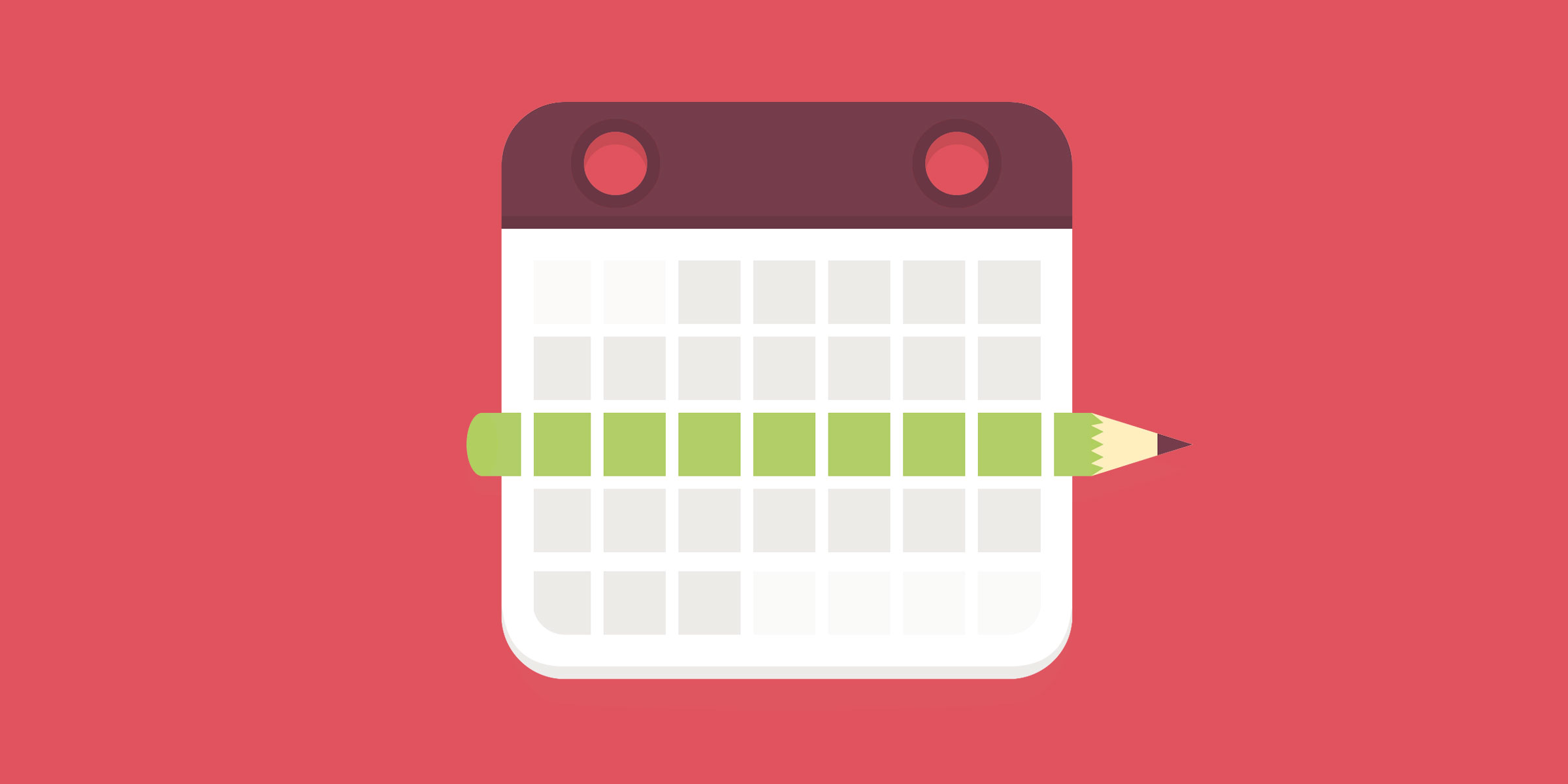 Whether you run a creative company, or simply would like yours to be more so, organising prolonged periods of creative thinking is vital.

Here at ribot, we run an strictly-internal annual series of events under the umbrella name of ‘ribotWeek’, during which the whole company essentially shuts down normal operations for a 7-day period. During that time, we allow ourselves to break entirely from project work, ask bigger questions, get a little uncomfortable, relax in each other’s presence and generally have time to think.

The bottom line is that I strongly urge you to invest the time and money to do so, as it’s an incredibly powerful experience and the positive effects on culture, brand, output, perspective and vision are long-lasting.

Going back a year or so ago, however, we designed it wrong. I’ll be the first to admit that. We tried to be too clever, spending the week in a beautiful retreat in the sunny Southern French countryside whilst trying to complete an internal project.

What resulted was a confused approach where we set ourselves a hard deadline, with only certain people able to work towards it (despite our desire to involve everyone in some way) in an incredibly-relaxing environment while other, less busy folk could dream the time away in the pool or playing table tennis in the sunshine.

Needless to say, we didn’t manage to get the project complete, and we concluded it a day early, demanding that everyone down tools and relax together. At that point, clouds parted, and a reassuring feeling of clarity came over us.

Going back a year or so ago, however, we designed it wrong. I’ll be the first to admit that. We tried to be too clever.

Amongst other things, we were determined not to recreate this particular situation in 2013.

So we’ve just returned from ribotWeek13, the fourth year we’ve run this series of events. I want to briefly describe how we designed this year’s experience, through a series of 15 tips that you might find helpful when planning your own companyWeek.

So yes, the first lesson learnt from last year was definitely around simplicity. Having a clear vision for what you want to achieve is great, but you really need to ensure that the structure fits the vision, that the environment is right, that the workload is distributed as evenly as possible (between people), and that expectations for how the week should operate are explicitly defined and communicated.

Roughly speaking, the above diagram shows the basic structure we had for the week.

On a very high level, we set a simple structure of splitting the first 60% of the week in the studio working together on tasks, and the latter chunk relaxing in hot tubs in Hampshire forests.

This worked perfectly, as each person was able to ride the rhythm and intensity of the week in union. Which brings us nicely onto…

2. Break up the week

The term ‘hedonic adaptation’ essentially means spreading out and having gaps between experiences, making said experiences more enriching and satisfying. We wanted to take this approach with ribotWeek13, providing important rest days between mentally-exhausting task days. Shown below is a graph showing stress / relaxation levels throughout the week, based on conversations had from our retrospective.

Speaking to people here, they were glad that they had a rest day between tasks, given their intensity.

Whatever you spend the time doing, make it appropriate to what the company wants to become

For instance, ribot are becoming increasingly interested in physical space design, so that provided the theme for the week’s tasks. And we had two core tasks.

The first was a 2-day task to redefine and design an entire coffee shop experience - one that combined service design with architecture & interior design.

The second, a single day event, tasked the groups with designing our future studio space, based on the architectural plans handed over to us.

Both these tasks are highly relevant to us, were very successful and we’ll be documenting the output of each in separate posts.

We disclosed essential practicalities, but nothing more.

We disclosed essential practicalities (a packing list and two key evenings that people ought to keep free), but nothing more. This created a slight sense of healthy tension and unease, and it also meant that people weren’t distracted prior to the week, by discussing the particulars, keeping people focused, fresh and surprised both before and throughout.

Use your companyWeek to have a bit of fun, playing with uncertainty and spontaneity

We went overboard in introducing the first task, dressing up as silver-haired Russian brother businessmen who’d just arrived in ‘the England’ and wanted to crush a local Brighton coffee chain, tongue-in-cheek, of course. Someone recorded what happened when the Russians first came through the studio doors… Check out the video:

We made fake tapped mobile phone recordings which outlined in more detail about how the concepts would be judged. These were put on Dropbox and sent out to the teams’ mobiles via SMS as they went about their ethnographic research in the city. We even changed the name on the front of the building from ribot to ‘dimitribot’, a reference to one of the two brothers, for added theatrical effect.

We also used the time to re-envision the studio as an alternative space for one evening, changing the lighting (deep red), the scent (called ‘curious’), and the general atmosphere (desks removed and soft pillows across the floor), creating the inaugural ribotNights event - where each participant chose a song, and we all lie peacefully, quietly listening to the music in this ‘alternative space’.

When designing the tasks, utilise the existing behaviours and patterns of work that are commonplace in your company

And especially those observed during any 10% time / ‘Google’ time. This helps because people are already familiar with the basic processes as everyday, and so time wasted through unnecessary uncertainty is removed. The trick, however is to add a unique layer on top that makes things special.

For example, during our monthly ribotDays (where we work on our own internal IP), we tend to self-organise into groups to work on a problem. However, for the ribotWeek13 tasks, we added a competition element, pre-defining and selecting competing groups, and giving each group a wearable colour. At the end of the task, each team would present to the others and be scored against a number of credentials This brings with it an entirely-new dimension, keeping things fresh but fundamentally stemming from existing learnt patterns.

3 people per group is a good number. Apple tend to work in small sizes like this. It helps to keep communication simple and speed up decision-making. We had 4 groups of 3. Also, vary the skills within each team to get a good balance of logical, creative and visionary perspectives.

The comfort zone is the great enemy to creativity; moving beyond it compels intuition, which in turn brings new perspectives and conquers fears.

We came up with tasks that would challenge all types of ribot (developer, designer, organisational, and everything in between). By asking the groups to design an entirely new coffee shop experience, everyone was immediately outside their safe zone. With the task being in the realms of architecture and interior design, this levelled the playing field significantly, meaning that everyone could experience fear and grow together.

Our ability to solve everyday problems purely within the abstracted confines of our studio space only goes so far.

We work ‘in digital’. However, our work is felt every single day in the real world, in large supermarkets, in coffee shops, in living rooms around the world. So our ability to solve everyday problems purely within the abstracted confines of our studio space and small screens only goes so far.

And though to live, breathe and feel the outside world was particularly important for us, given our marketing toward the fuzzy middle ground where digital design meets physical space, this doesn’t prevent it from being a vital source of creativity for all digital companies. You simply need to get out there and get ethnographic!

Though we were relatively clear on what the constraints of each task were, we tried not to tell the groups exactly how to go about solving the problems they faced. This promoted creative and autonomous problem-solving methods, that differed from one group to another.

For example, as shown above, one group decided to purchase lego and build their studio out of that, whereas another favoured the use of a 3D program. Some spent more time watching, whereas others spent more time dreaming. What resulted where a set of highly differentiated concepts.

It’s important, and should be factored into your plans. People want to know that there’s nothing expected of them at a given time. Eliminate uncertainty by telling people explicitly that they’re free to do whatever they wish. We ended up going for walks, playing jenga, doing time trials on mountain bikes, napping, exploring, playing, hot-tubbing, walking, reading, etc etc etc.

We chose to conclude the week by spending 3 highly unstructured days and nights relaxing in the woods, on mountain bikes, in hot tubs, drinking Baileys, playing games, having BBQs and generally unwinding.

It’s vital that you finish on a high

We remember things by how they ended, or their peaks. Bear in mind that these memories can be bad, as well as good, so ensure the environment and structure is set up for both positivity and community. And you can easily over-bake things like this. Sometimes, the best memories ones are those that happen naturally. How many of us ended up in a hot tub at the same time? Answers on a postcard please.

13. Put your card behind the bar

The benefits far outweigh the cost

ribotWeek13 cost us roughly £5000 this year in absolute cost terms, plus around £48000 of forgone recognised revenue. This is a large amount of money for a small company of 15, but we’re a service company, and our people (as well as being one of our core values) make us what we are much more so than if we were a product company. Looking after people in the service industry is so important.

ribotWeek13 cost us roughly £5000 this year in absolute cost terms, plus around £48000 of forgone recognised revenue.

Also, these numbers are small when you consider the effect on the culture of the company, both internally and externally created in the short, and medium term, along with the marketable content and IP created.

Give time and space to reflect

Following the week, we created a memoryBoard; a public wall where people could write and draw short references to things they remember from the past week.

This provided a delightful way of collectively surfacing information in preparation for a more formal group retrospective on ribotWeek13 a few days later.

Be prepared to spend a lot of time curating afterwards

It’s highly likely you’ll create a significant amount of marketing material from the week’s events. Have a plan in place to capture the contents of each day, and ensure that you allocate enough time to sort, edit and publish the week’s creative output (whether for internal or external consumption).

To conclude, this fourth ribotWeek blows all previous incarnations out of the water. When we look back to that time in France, we shudder. We got it wrong. But we learnt, and the difference is staggering.

I felt utterly compelled to share what we did differently, in the hope that other likeminded, forward-thinking creative companies (both big and small) may also feel the desire to allocate time and money to deeply-enriching, game-changing internal events such as these.

We wish you all the best of luck. Please do let us know how you get on.